We are so pleased to present the Winter Issue of our series of unpublished papers on issues of historical dialogue, historical and transitional justice, and public and social memory. Duygu Alpan Cakmak has written a paper entitled, “The Role of Turkish Cinema in Collective Memory Formation Regarding the Cyprus Question.” We invite you, the members and followers of the Historical Dialogues, Justice and Memory Network, to add your own comments and questions. Thanks for reading!

The Cyprus question has long been a hot topic in Turkish foreign policy. The introduction of the island of Cyprus into Turkey’s official state and public agenda as a political issue followed a series of international and domestic developments not entirely related to Cyprus itself. Although Turkey’s Cyprus policies continue to shift, nationalist and polarizing discourses and narratives pertaining to the dispute have remained consistent for decades. This paper will examine the role of Turkish cinema in collective memory formation on the Cyprus question. While films on Cyprus produced between 1963 and 1975 contributed to social and political hostilities in the perceptions of the viewer, films shot parallel with peace processes in 2000s have embraced a constructive approach that has paved the way for a recovery from the social trauma caused by conflicts on the island. This paper aims to reveal correlations between the policies and developments on Cyprus and the characteristics of relevant films in the Turkish cinema. 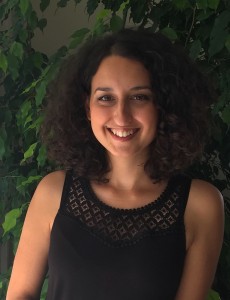 Duygu Alpan Cakmak received her Master’s degree in Political Science and International Relations from Yıldız Technical University in Istanbul, Turkey. She completed her Bachelor’s degree in International Relations at Istanbul University, Faculty of Political Science, and has also studied at University of Warsaw, Centre for Europe, in Poland as an exchange student. She has worked at Global Political Trends (GPoT) Center as a Project Officer between 2013 and 2016. Alpan currently works as a Freelance Researcher in New York City, the US.