We are thrilled to share the next working paper in our series of unpublished papers on issues of historical dialogue, historical and transitional justice, and public and social memory. The paper, “The ‘Vitality’ of Death: Biopolitics and State Violence in Rural Colombia” is written by Heidi Andrea Restrepo Rhodes.

We’d like to extend our thanks to Diana Marcela Gómez Correal, a doctoral student in anthropology at the University of North Carolina, Chapel Hill, for her review of this working paper. To this end, we invite you, the members and followers of the Historical Dialogues, Justice and Memory Network, to add your own comments and questions.

This paper aims to think forms of state violence perpetrated against specific populations in Colombia as part of the biopolitical production of the present, towards the constitution and regulation of subjects, where states of exception are legitimated as necessary to the maintenance of democracy, the consolidation of national identity, and the economic stimulus hegemonically understood as necessary to notions of ‘national progress’. In particular, it seeks to analyze the 2001 massacre at Alto Naya, as an instance of state-backed genocidal violence targeting Afro-Colombian and indigenous groups, in order to ask how such destructive events extend beyond the event itself, but live on, productive of a particular social and (bio)political order, contoured through the raison d’état, which discourses gross human rights violations as a necessary element to the ultimate well-being and success of civil society, and of the nation-state.

Heidi Andrea Restrepo Rhodes is a Colombian-American scholar, activist, and artist. She holds an MA in a postcolonial, social justice-based Anthropology, and her research interests include issues of state violence, armed conflict, critical security studies, and human rights. She has done work in Colombia, documenting enforced disappearances and working with victims’ organizations, researching the psycho-social and political effects of state and paramilitary violence in the context of the internal armed conflict there. 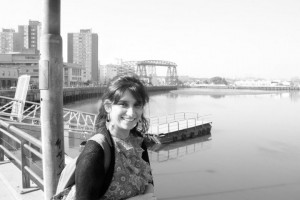 Diana Marcela Gómez Correal is pursuing her doctorate in Anthropology at the North Carolina University. She completed both a B.A. in anthropology and a M.A. in History at the National University in Bogotá. Her M.A. thesis was a reconstruction of the second-wave feminist movement in Colombia (1970s and 1980s). A book based on her thesis was published in Bogotá (Spring 2011). Since 2002, she has been part of different expressions of the women’s movement and the human rights, victims and peace movements in Colombia. During 2004-2008, she held a number of positions in Bogotá in the fields of gender policy, conflict resolution, and human rights. Diana’s doctoral research focuses on the politicization of family, organizational and communal ties of caring and belonging in Colombia in contexts of pervasive violence. She is particularly interested in the role of emotions in collective action and issues of subjectivity, identity, memory, gender, and power in the social mobilization of victims of state and right wing violence. Diana is member of Sons and Daughters for Memory and Against Impunity, as she has been part of the Social Movement Working Group and the Latin American Working Group at the University of North Carolina-Chapel Hill, among other intellectual and collaborative processes.