We are so pleased to present the second working paper in our new series of unpublished papers on issues of historical dialogue, historical and transitional justice, and public and social memory. The paper, “Transitional Justice and Addressing the History of Active Conflicts: The Case of the Israeli-Palestinian Conflict” is brought to us by Dr. Rafi Nets-Zehngut. We invite you, the members and followers of the Historical Dialogues, Justice and Memory Network, to add your own comments and questions. Thanks for reading!

The literature on transitional justice barley touches on the use of the “addressing-the-history-of- conflicts” method in its assessment of active conflicts. The current article addresses this gap. It explores the way in which Israeli-Jews and Palestinians have addressed the history of their active conflict. Methodologically, this is done by analyzing other studies of both parties’ activities. Empirically, the Israeli-Jews used unilateral and collaborative mechanisms to address the history of the conflict. Beginning in the late 1970s they transformed their historical narratives of the conflict unilaterally, without Palestinian collaboration, to becoming less biased. In contrast, in the early 2000s, they began collaboration with the Palestinians on various joint projects, negotiating the historical narratives of the conflict. The Palestinians did not use the unilateral mechanism to transform their narratives; they only used the collaborative mechanism beginning in the early 2000s, mentioned above. Theoretically, the article suggests, inter alia, that active conflicts should be discussed as being on a continuum of activity, and that implementing transitional justice in active conflicts is of special importance. As for the unilateral and collaborative mechanisms, it is argued that they are more suitable for implementation in active conflicts than some of the other transitional justice methods, and that they are more feasible for societal institutions (rather than state institutions). Their contribution to the promotion of peace is also discussed, as well as the significance of the two mechanisms’ endogenic practice. 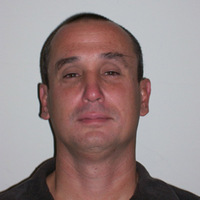 Dr. Rafi Nets-Zehngut is a Visiting Scholar at the Institute for the Study of Human Rights at Columbia University, New York. His research addresses the collective memory of conflicts, with regional focus on the Israeli-Palestinian conflict. For more details see: https://sites.google.com/site/rafinets/